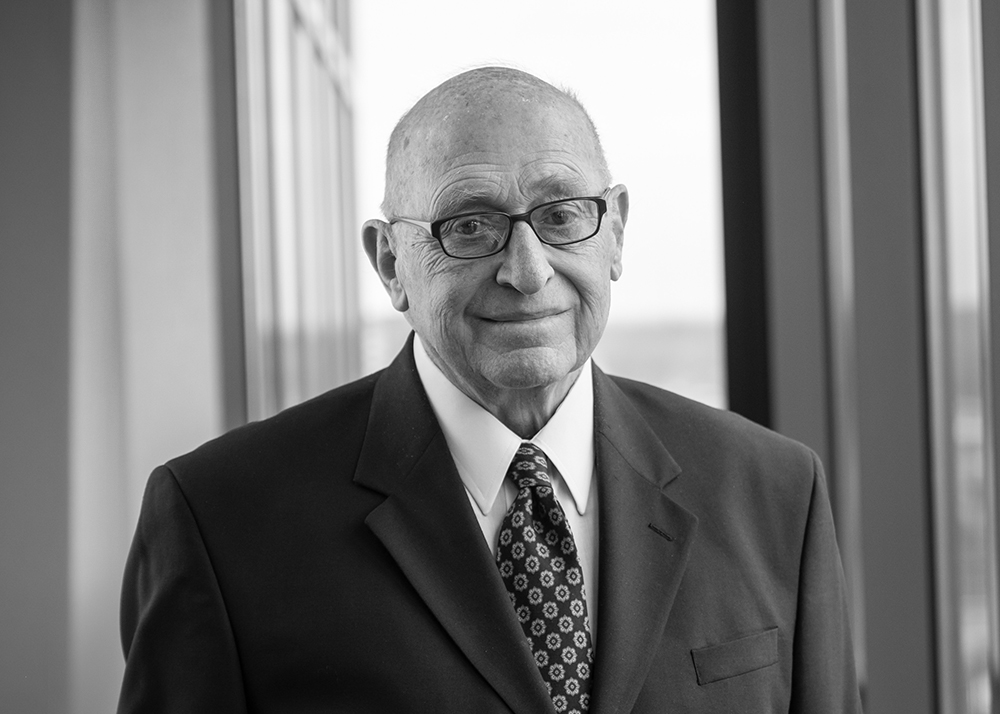 Phil Burt has been practicing law since 1961, and was honored for his 50 years of service by the Allen County Bar Association in 2011. After graduating from the University of Michigan with both his Bachelor of Arts and L.L.B., he helped draft Indiana’s first civil rights litigation and served as first legal counsel for the Indiana Civil Rights Commission.

Throughout his practice, Phil has represented numerous pro bono clients. Long before there was an organized volunteer lawyer initiative in Fort Wayne, Phil helped to establish a pro bono assistance program through a local church. Phil served on the Indiana Pro Bono Commission from 1999 to 2005, and served as the Commission’s Chair from 2002 to 2005. Prior to the creation of the Commission, he was a key architect of the state’s IOLTA Rule that directed funds to statewide pro bono programs and assisted in the development of local pro bono districts to build a statewide pro bono infrastructure. In his role as Chair of the Commission, he spearheaded many new initiatives, including a law school pro bono and mentoring project through the state Pro Bono Commission that brought together lawyers and law students in Indiana.

In 2005, Phil was the recipient of the American Bar Association’s prestigious Pro Bono Publico Award which honored him nationally for his commitment to delivering volunteer legal services to the poor and disadvantaged. In 2015, he was honored for his dedication to pro bono service by the Allen County Bar Association.

© 2020 Burt Blee. The information contained on this website is for advertising purposes only and is not intended to be, nor should it be construed as, legal advice. If you are seeking legal counsel, you should consult with an attorney regarding the facts of or relating to your individual situation. Contacting us or visiting this website and accessing its content are not intended to establish and do not establish an attorney-client relationship. Confidential or time-sensitive information should not be submitted to us until such time that our firm has verified that it does not represent other persons or entities adverse to you and an attorney-client relationship has been established.